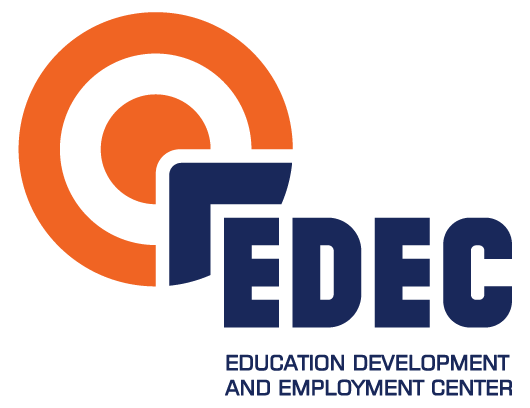 Part of the budget assigned to EDEC: €

Objective: Development and implementation of a professional program for Building Manager (Hausmeister) in Georgian vocational colleges with the participation of youth, vocational colleges, construction companies, representatives of non-governmental organizations and decision makers.

Objective: to tackle the existing gaps in the field of employment services by improving the quality and sustainability of job placement and career counseling for job seekers.

Planned activities:
1. improve the quality of employment services through the exchange of international experiences and increased institutional capacities of the SESA;
2. implement a new model of intensive and individualized coaching in cooperation with DDA;
3. provide career counselling for unemployed and jobseekers in the target regions through ESCs;
4. improve skills development and competences of unemployed disadvantaged individuals;
5. work on key competence trainings for “hard to employ” individuals in the framework of a Public-Private-Partnership with SESA.

Expected results:
1. Relevant skills-matching services will be made more accessible and effective, especially career guidance, counselling and job intermediation.
2. Thanks to the new innovative coaching model relevant lifelong learning skills will be made more accessible in the target regions.
3. At 2.700 disadvantaged individuals received intensive coaching and improved their chances on the labor market.

Beneficiaries: 16-35 aged young IDPs and conflict-affected women in the target regions and young villagers along the ABLs.

Objective: Development and implementation of a professional program for Building Manager (Hausmeister) in Georgian vocational colleges with the participation of youth, vocational colleges, construction companies, representatives of non-governmental organizations and decision makers.

Meet the demands of time, receive education and become employed!

Objective: Addressing the issue of guaranteeing livelihoods of people with disabilities by improving their skills and knowledge in the promising fields of digital marketing and web technologies; by increasing their income generation opportunities by both self-employment and employment.

Beneficiaries: Job seekers with disabilities in Kutaisi; mainly people with reduced mobility, who do not have access to educational and employment services.

All beneficiaries were referred to the employment program of the Social Service Agency.

Part of the budget assigned to EDEC:

Objective: To train young IDP* leaders as housemasters for IDP settlements based on the basics of the German dual education system.

Target group(s): IDPs and other vulnerable groups of our society

Beneficiaries: IDPs and other vulnerable groups of our society

Objective: To support social entrepreneurship for social and ecological sustainability and economic empowerment of the most vulnerable groups of our society

Vocational Training and Employment for People with Disabilities

Name: Vocational Training and Employment for People with Disabilities

Donors /Partners: Employment Agency of the Autonomous Republic of Adjara

Name: Promoting Vocational Education and Employment among People with Disabilities based on their Individual Skills

Beneficiaries: Job seekers with disabilities who do not have access to state vocational education programs

Name: Educate, Employ, Advocate and Legislate for Equal Opportunities for People with Disabilities

Objective: To promote education and employment of people with disabilities

From Dependency to Self-Sufficiency Innovative, Effective and Scalarable Livelihood Solutions for Georgia

Name: From Dependency to Self-Sufficiency Innovative,
Effective and Scalarable Livelihood Solutions for Georgia

Part of the budget assigned to EDEC:

Objective: Economic integration of IDP and host
communities (employment and self-employment) and support in creation of income
resources

Objective: To create a sustainable model of employment and vocational training for persons with disabilities for a better their socio-economic integration.

Employment and Self-Employment Project for IDP Youth living in Kutaisi

Objective: To support the role of entrepreneurs in the process of creating employment and self-employment opportunities for IDPs from Abkhazia and Tskhinvali region.

Objective: To support small and medium-sized agro-business start-ups especially those led by socially vulnerable and underprivileged people, and those who cannot access credit services offered by the bank and microfinance sector.